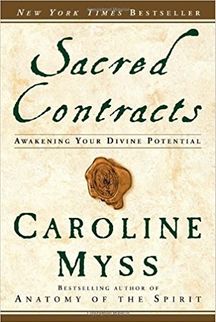 New York Times bestselling author and medical intuitive Caroline Myss has found that when people don’t understand their purpose in life the result can be depression, anxiety, fatigue, and eventually physical illness—in short, a spiritual malaise of epidemic proportions. Myss’s experience of working with people led her to develop an insightful and ingenious process for deciphering your own Sacred Contract—or higher purpose—using a new theory of archetypes that builds on the works of Jung, Plato, and many other contemporary thinkers. Myss examines the lives of the spiritual masters and prophets—Abraham, Jesus, Buddha, and Muhammad—whose archetypal journeys illustrate the four stages of a Sacred Contract and provide clues for discovering your own. Myss explains how you can identify your particular spiritual energies, or archetypes—the gatekeepers of your higher purpose—and use them to help you find out what you are here on earth to learn and whom you are meant to meet. Exploring your Sacred Contract will shine a light on the purpose and meaning of your life. You are meant to do certain tasks, you are meant to have certain relationships. In coming to know your archetypal companions, you also begin to see how to live your life in ways that make the best use of your personal power and lead you to fulfill your greatest—in fact, your divine—potential.Both visionary and practical, Sacred Contracts is a bold, powerful work of spiritual wisdom. Without a doubt, your most intriguing challenge in life is to recognize your spiritual commitments and live them to the fullest.

Journey of Souls by Michael Newton 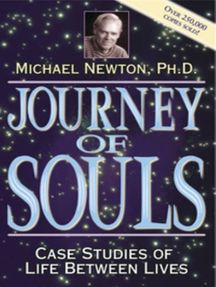 Using a special hypnosis technique to reach the hidden memories of subjects, Dr. Newton discovered some amazing insights into what happens to us between lives. Journey of Souls is the record of 29 people who recalled their experiences between physical deaths. Through their extraordinary stories, you will learn specifics about: ·How it feels to die ·What you see and feel right after death ·The truth about "spiritual guides" ·What happens to "disturbed" souls ·Why you are assigned to certain soul groups in the spirit world and what you do there · How you choose another body to return to Earth ·The different levels of souls: beginning, intermediate, and advanced ·When and where you first learn to recognize soulmates on Earth ·The purpose of life Journey of Souls is a graphic record or "travel log" by these people of what happens between lives on Earth. They give specific details as they movingly describe their astounding experiences. After reading Journey of Souls, you will gain a better understanding of the immortality of the human soul. You will meet day-to-day challenges with a greater sense of purpose. You will begin to understand the reasons behind events in your own life.

Michael Newton, Ph.D., holds a doctorate in Counseling Psychology, is a certified Master Hypnotherapist, and is a member of the American Counseling Association. He has also been on the faculty of higher educational institutions as a teacher while active in private practice in Los Angeles. Over many years, Dr. Newton developed his own intensive age regression techniques in order to effectively take hypnosis subjects beyond their past life memories to a more meaningful soul experience between lives. He is considered to be a pioneer in uncovering the mysteries about life after death through the use of spiritual hypnotic regression. He now trains other advanced hypnotherapists in his techniques.

Notes from Journey of Souls and other books by Michael Newton 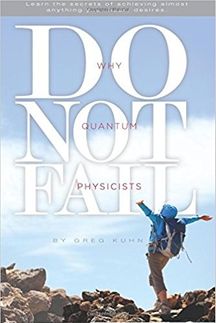 Why Quantum Physicists Do Not Fail: Learn the Secrets of Achieving Almost Anything Your Heart Desires

Author Greg Kuhn is a professional educator and a futurist, specializing in framing new paradigms for 21st century living. Since 1993, he has written with his father, Clifford Kuhn, M.D., about health, wellness, and productivity. In Why Quantum Physicists Do Not Fail, Greg has unveiled all of his most cutting-edge research into the attainment of your goals and dreams through revolutionary new paradigms from the amazing science of quantum physics. Always entertaining, Greg reveals simple, easy-to-use techniques which you’ll not only master quickly, but also have fun using.

Greg is also the author of the acclaimed book, Why Quantum Physicists Don’t Get Fat, which teaches you to finally lose your unwanted weight also using new paradigms from quantum physics. 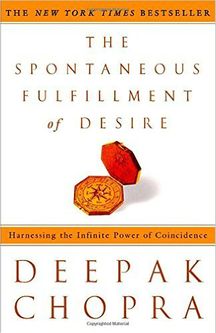 The Spontaneous Fulfillment of Desire:  Harnessing the Infinite Power of Coincidence

From the Back Cover:   Most people simply dismiss these events [synchronistic incidences] as coincidence.  The mistake they make is in not taking a closer look, for the word "coincidence" means "happening at the saame time," and these moments are actually glimpses of a place where everything happens at the same time, or synchronistically, a place where past and present and future are one.  This book shows you--step by step--how you can not only benefit from these clues but also see more and more of them as you become aware of the possibilities.  In this way you are opening a doorway into a realm of divine intelligence, where you can consciously create your own "good luck" in all areas of your life.

It's not just coincidence.  It's a gateway to fulfilling your every desire.

P. 19  "...I believe every coincidence is a message, a clue about a particular facet of our lives that requires our attention."

P. 23  "The coincidences or little miracles that happen every day of your life are hints that the universe has much bigger plans for you than you ever dreamed of for yourself."

P. 28  "Synchrony is choreographed by a great, pervasive intelligence that lies at the heart of nature, and is manifest in each of us through what we call the soul."

Review of The Spontaneous Fulfillment of Desire

Notes I took while reading this book.Sharon 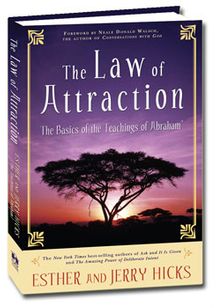 Esther and Jerry Hicks, The Law of Attraction

A belief is just a thought that you keep thinking.

When you first awaken, you are closest to source energy.  Every 17 seconds can bring you closer or further away.

Every thought is vibration and the law of attraction will expand it, like a car rolling down a hill--it will get momentum. Alan Cohen, A Course in Miracles Made Easy

"A Course in Miracles is one of the most profound spiritual teachings ever to come to humanity."

"There are no idle thoughts.  All thinking produces thought at some form." p. 8

"No one has the power to rob your happiness, unless you give that power to them.  No one can drive you crazy unless you accept the passenger's seat." p. 31

"...Your past has no power to haunt you.  You are haunting yourself by focusing on a past that hurts.  You heal a haunting past by giving your attention instead to a blessing past." p. 33

"Your future will be like the past only if you keep thinking the same thoughts that created the past...Your future, like your past, is a story you have made up." p. 35

One of Mike Dooley's newest books is Life on Earth: Understanding Who We Are, How We Got Here, and What May Lie Ahead, 2016.

FROM THE INSIDE COVER:  What's happening in the world lately?  How can I be happy when so many are not?  Is life about learning lessons or passing tests?  Following your heart or taking what's served to you?  What's real?  What matters?  Who says?  Who cares?  How do we know or find our purpose?

Many of us ask ourselves these questions, and many more, as we go through our days and try to make sense of our lives.  Mike Dooley asks them too, except...his questions get answered.  Wisely.  Compassionately.  Fully.  One such answer explained its source, stating that we all have a higher self within that predates this life and will live beyond it, and thus it knows a whole lot more than we do at "street level" about where we've been, why we're here, and what will likely happen next on planet Earth.

Here are some of his other book titles: •Choose Them Wisely: Thoughts Become Things•Notes From the Universe•Leveraging the Universe: 7 Steps to Engaging Life's Magic•Infinite Possibilities: The Art of Living Your Dreams•The Top Ten Things that Dead People Want to Tell You •Dreams Come True •Manifesting Change  •An Adventurer's Guide to the Jungles of Time and space

*Deep Space with Love:  A Conversation about Consciousness, the Universe, and Building a Better World

Life on Earth by Mike Dooley

Notes I took while reading this book.Sharon