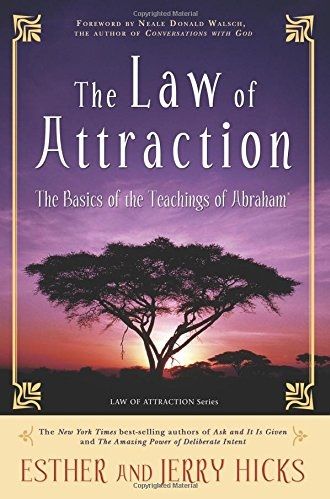 Louise Hay calls them “some of the best teachers on the planet today.”

To Dr. Wayne Dyer they are “the great Masters of the Universe!”

A veritable who’s-who of authors, speakers and teachers continue to publicly acknowledge and praise the immense value of the wisdom that is pouring forth through Esther.

Abraham has described themselves as “a group consciousness from the non-physical dimension” (which helps a lot!). They have also said, “We are that which you are. You are the leading edge of that which we are. We are that which is at the heart of all religions.”

“Jerry and Esther never used the word channeling,” Abraham reflects. “It is used when applied to them, but they have never used it, because it means many things of which they are not, you see.”

Esther herself calls Abraham “infinite intelligence,” and to Jerry they are “the purest form of love I’ve ever experienced.”

We say check out Abraham for yourself. It’s the only way to go and the only way to know. If watching or listening or reading the words of Abraham feels good to you, then you’re in the right place. If they sound “off” to you, or maybe even a little bit annoying—adventure on!

A SYNOPSIS OF ABRAHAM-HICKS’ TEACHINGS

1. YOU ARE A PHYSICAL EXTENSION OF THAT WHICH IS NON-PHYSICAL.

2. YOU ARE HERE IN THIS BODY BECAUSE YOU CHOSE TO BE HERE.

4. YOU ARE A CREATOR; YOU CREATE WITH YOUR EVERY THOUGHT.

5. ANYTHING THAT YOU CAN IMAGINE IS YOURS TO BE OR DO OR HAVE.

6. AS YOU ARE CHOOSING YOUR THOUGHTS, YOUR EMOTIONS ARE GUIDING YOU.

7. THE UNIVERSE ADORES YOU FOR IT KNOWS YOUR BROADEST INTENTIONS.

8. RELAX INTO YOUR NATURAL WELL-BEING. ALL IS WELL. (REALLY IT IS!)

9. YOU ARE A CREATOR OF THOUGHTWAYS ON YOUR UNIQUE PATH OF JOY.

10. ACTIONS TO BE TAKEN AND POSSESSIONS TO BE EXCHANGED ARE BY-PRODUCTS OF YOUR FOCUS ON JOY.

11. YOU MAY APPROPRIATELY DEPART YOUR BODY WITHOUT ILLNESS OR PAIN.

12. YOU CAN NOT DIE; YOU ARE EVERLASTING LIFE.